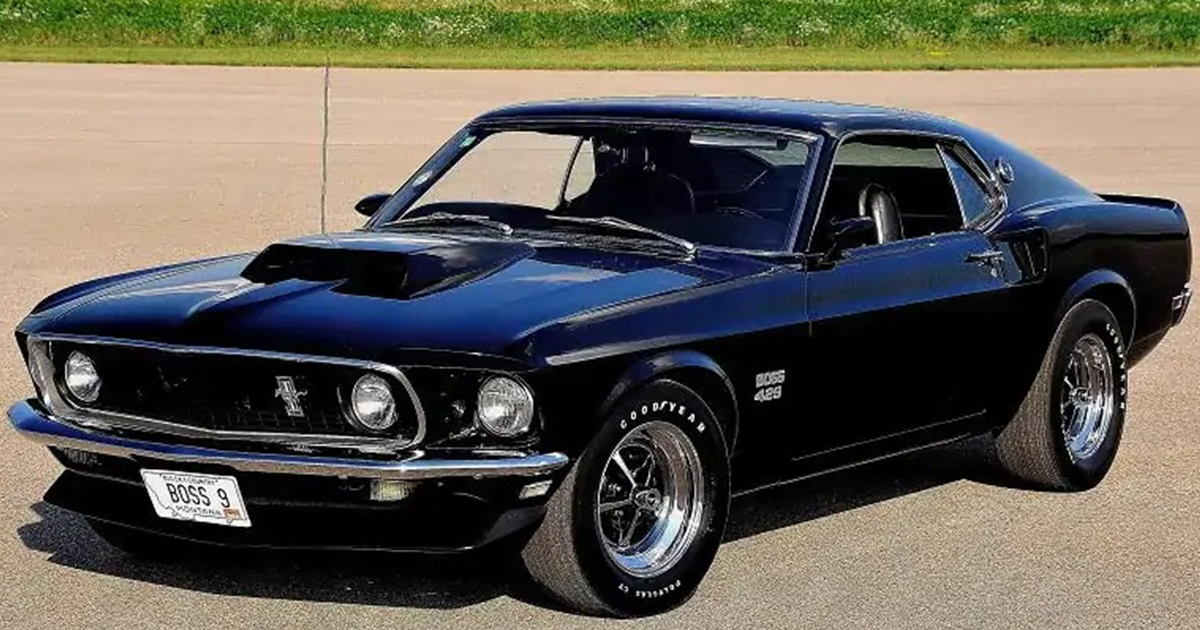 DEARBORN, Mich. - It’s a legendary kind of story for a legendary kind of Mustang. Amazingly, in 2012, an original, well-preserved 1969 Boss 429 Mustang is rescued from a garage in Montana, where it had been stowed away for 37 years. According to documented records, this rare muscle car last appeared in public in 1979. In 2015, nearly three years later, the concours-restored thoroughbred takes to the big stage for an official unveiling at the Muscle Car & Corvette Nationals, then returns two years later for an encore to receive the coveted MCACN Pinnacle Award.

In 2013, Tom Marcucci told Kevin Manley of Kevin’s Klassic Cars in Cannon Falls, Minnesota, that he wanted a 1969 Boss 429 Mustang. But it had to be Raven Black and it had to be an early model with the NASCAR-inspired S-code 429 engine.

The hunt had begun because in 2010, Marcucci had purchased a 1970 Grabber Orange “Boss 9” Mustang from Legendary Motorcars in Ontario, Canada, but during a weak moment, had sold it. Not long after, Marcucci regretted parting with the car. He’d always wanted an early-built ’69 “Boss 9” and while researching the 1969 and 1970 “Boss 9” Mustangs, he discovered Raven Black was an extremely rare paint choice. When Marcucci set out to find a Raven Black ’69 “Boss 9,” little did he know three years into the search that an unrestored original would find its way into his muscle car collection. 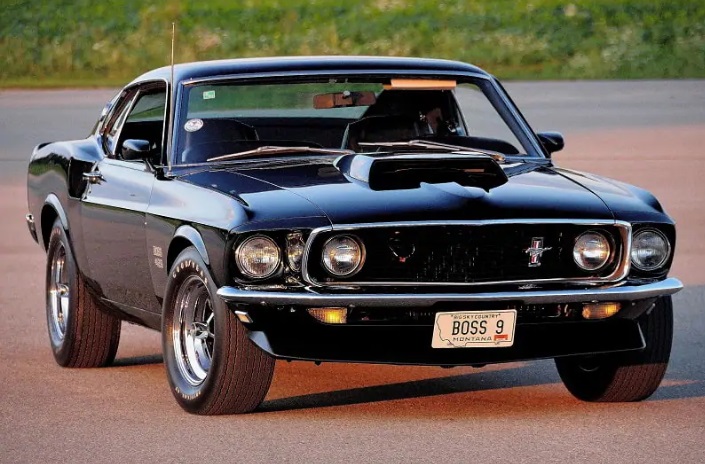 Coincidentally, Manley had purchased one such Boss 429 Mustang just one year earlier -- in 2012 -- out of Wayzata, Minnesota. On top of it all, the Raven Black Boss 429 Mustang was an unrestored original that the previous owner had parked in 1979 and then left untouched for decades.

One year later after Marcucci had asked Manley to find him a black 1969 Boss 429 of his own, Manley picked up the phone and called Marcucci, asking him, “Do you want to buy my Black ’69 ‘Boss 9’? If you’re interested, I’ll let you have it.” The two worked out a deal and, as they say, the rest is history.

Upon seeing the car in person for the first time, Marcucci evaluated the fit, finish and overall condition of the car and it was apparent his ’69 “Boss 9” needed a total makeover; the neglect of being stowed away for decades had not done the car a service. The paint had lost its luster and the body had its share of small dents and dings, yet overall, the car was structurally sound. 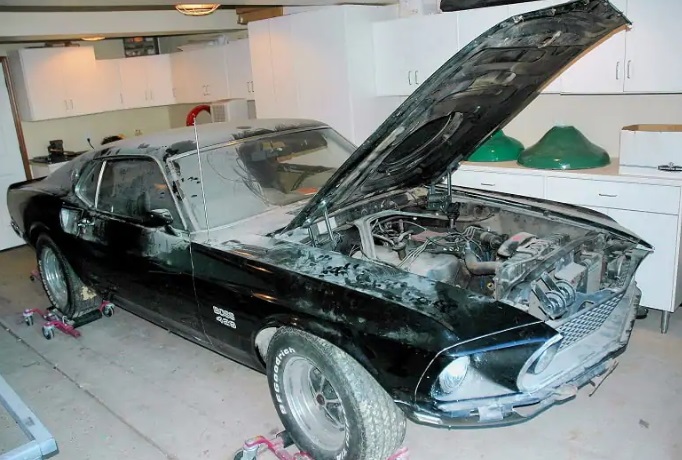 Under the hood is where things became especially interesting. The numbers-matching 8020-S Boss 429 engine with magnesium valve covers had remained intact and was not altered or modified. From all indications, the original factory-installed engine was still in his ’69 “Boss 9” Mustang. This finding was instrumental with the decision to invest in a professional restoration. 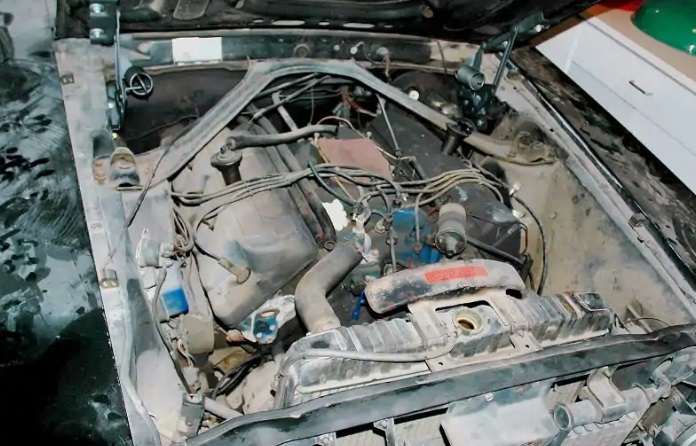 After reaching out to experts within the Mustang community to see who they’d recommend for a concours thoroughbred “Boss 9” restoration, Marcucci called on long-time Mustang restorer Martin Euler to do a full rotisserie restoration at his shop in Midland, Michigan. Euler Restorations specializes in early vintage Mustang restorations and is recognized for world class work.

Prior to turning the restoration over to Euler, Marcucci displayed the unrestored ’69 “Boss 9” Mustang at the 2014 Mustang Owners Club of SouthEast Michigan (MOCSEM) “Mustang Memories” show at Ford World Headquarters in Dearborn. Euler was on hand and he and Marcucci looked at the showing as the single opportunity for the car to be publicly seen amongst the Mustang and Ford community before embarking on the estimated two-year restoration. 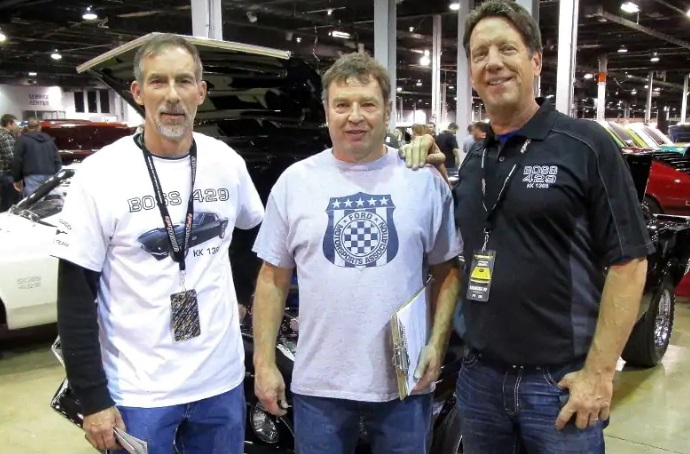 The restoration required a complete teardown of the Mustang’s body right down to the core. Each part was carefully removed, identified and inspected for reuse after a thorough factory correct refurbishing. The intent was to use as many original parts during the restoration as possible without jeopardizing safety and structural integrity.

According to Marcucci, media blasting the body down to bare metal revealed the car was rust free and showed no signs of ever being in an accident. All the original factory-installed glass, including the windshield, passed inspection and was cleaned up and reused. 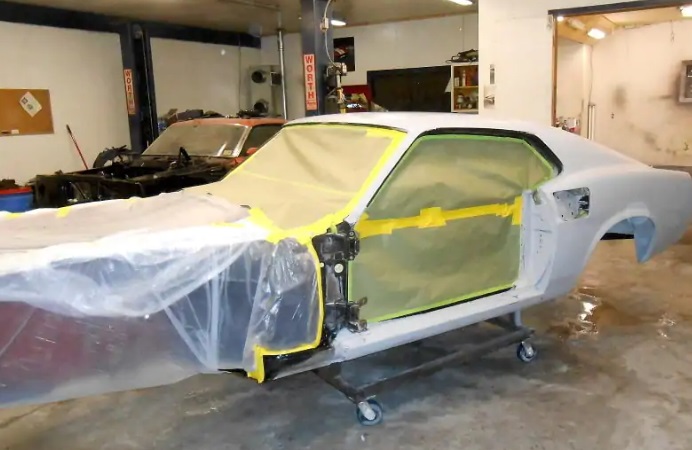 Decades of being hidden away and protected from ultra-violet rays and the elements benefitted the interior. All components, aside from the slightly cracked dash pad, were cleaned up and reused in the restoration. Even the original carpet stayed with the car after receiving a dye job in the correct factory color. Meanwhile, an NOS dash pad was installed.

The “born with” 429-cid V-8 engine and the entire rest of the drivetrain -- including the ultra-rare Kar Kraft Experimental suspension parts -- were reconditioned to factory specifications and reinstalled on the ’69 “Boss 9.” After much debate, the factory-installed exhaust system was replaced by an exact copy built by Scott Fuller Reproductions, a respected builder of factory-style Mustang exhaust systems in Ridgecrest, California. No details were left out, right down to the original stampings precisely located to mirror the original factory placement. 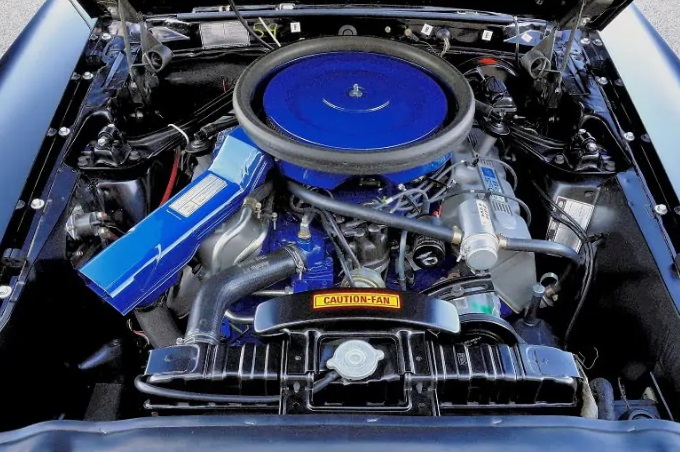 Euler even went the extra mile to prepare each original factory-installed body panel for the application of the PPG DCC Concept single stage (non-clearcoat) Raven Black paint application. The paint finish is flawless and retains the factory “orange-peel” appearance.

There’s no doubt the heart of the ’69 “Boss 9” is the 429-cid engine. The Marcucci ’69 “Boss 9” was produced early in the Boss 429 Mustang program build and it’s one of the rare examples still equipped with the original S-code version of the 429 engine. This engine -- with its magnesium valve covers, specially prepared crankshaft, forged pistons and race-ready internal components -- exemplifies the purpose by Ford Motor Company engineers to create an engine worthy of competing on the NASCAR circuit.

Ford produced just 1,358 Boss 429s over a two-model year period. In 1969, the company built 859 units, then production dropped off significantly in 1970 when only 499 were produced. Due to low production numbers in 1969 and 1970, it’s not surprising to see their values on the rise. They’re highly sought-after by Mustang and muscle car collectors.

The Boss 429 engine building program was designed to allow Ford Motor Company to compete in NASCAR. In the highly competitive NASCAR racing community, Ford was under extreme pressure to develop an engine capable of competing with the iconic Chrysler 426 Hemi in the Grand National Division. NASCAR’s homologation rules required at least 500 cars be fitted with the desired engine (in this case, the Boss 429 engine) and available for purchase to the public at the manufacturer’s dealerships. 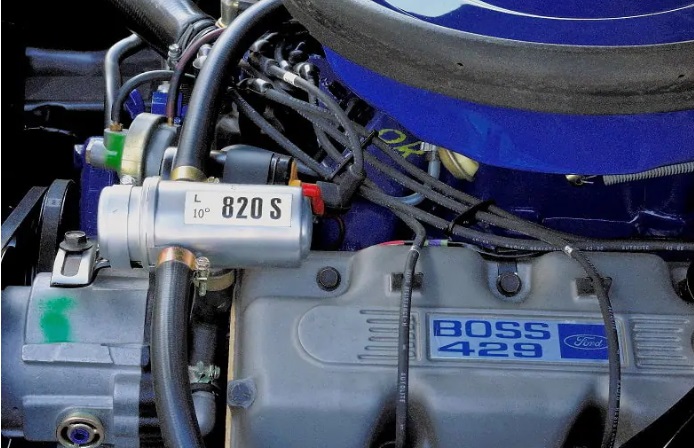 In October 2015, the restoration of the Marcucci “Boss 9” Mustang was completed just in time for an official unveiling at the Muscle Car & Corvette Nationals (MCACN) in Rosemont, Illinois, at the Donald E. Stephens Convention Center outside Chicago, where it earned a Concours Gold award.

In 2017, the Raven Black ’69 Boss 429 returned to MCACN a second time and received the Pinnacle Triple Crown Award. This award is highly regarded as one of the top forms of recognition within the Mustang community. To qualify for consideration, the recipient must first earn two Gold awards, one from the Mustang Club of America (MCA) and a second from the Shelby American Automobile Club (SAAC). 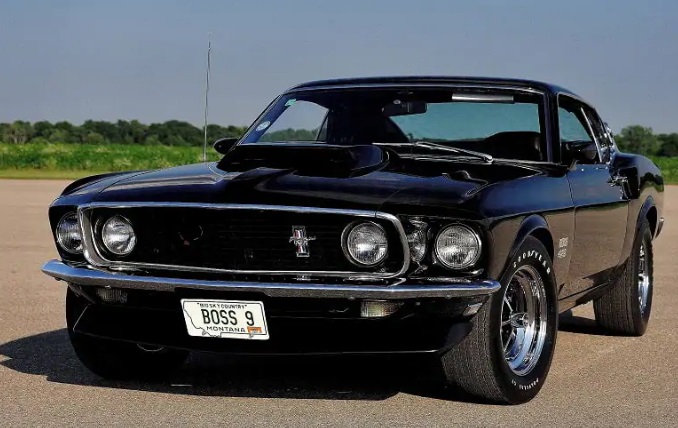 When Euler restored the Raven Black ’69 Boss 429 to world-class standards, he exceeded owner Tom Marcucci’s expectations. It was a proud moment when he was joined at MCACN by Euler upon the Raven Black 1969 Boss 429 Mustang’s 2015 unveiling at the show. 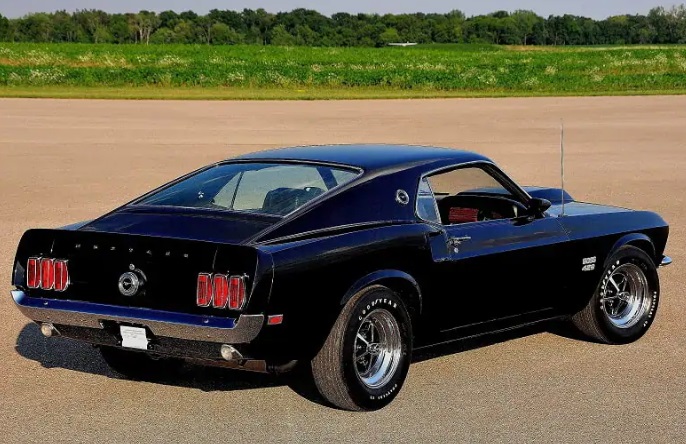 Euler will be missed by the Mustang and muscle car community, yet his legacy will carry on in this award-winning Raven Black ’69 “Boss 9” Mustang. Marcucci would also like to recognize Ed Meyer for helping with the final details in the engine bay and providing a like new set of used (ORIGINAL?) Goodyear tires. Throughout the restoration process, Meyer truly helped raise the bar with his “Boss 9” expertise and support.

Gorgeous Ford Mustang Burgundy! Would you drive it daily?

1970 Ford Mustang Built From The Ground Up