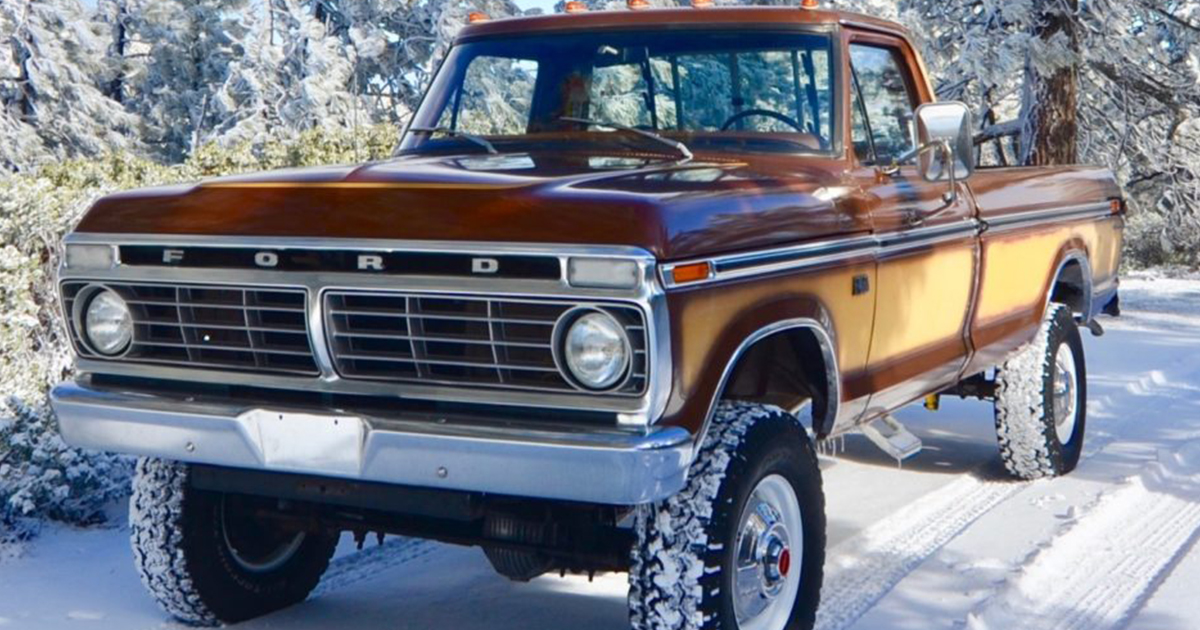 This 1974 Ford F-250 was sold new at Vista Ford of Woodland Hills, California and is powered by a 360ci V8 mated to a 4-speed manual transmission and 2-speed transfer case. Finished in Ginger Glow over a Ginger Knit vinyl bench seat, this example is equipped with the Custom trim package, power steering and brakes, and a rear-step bumper. Modifications include Sanderson headers, an Edelbrock intake manifold and carburetor, and Pertronix electronic ignition. The truck reportedly remained with its original owner until 2015 and was recently acquired by the seller from its second owner. An engine-out service has since been performed, and the seller has installed new Monroe shocks, powder-coated wheels, BFGoodrich tires, and fresh oil and filters. 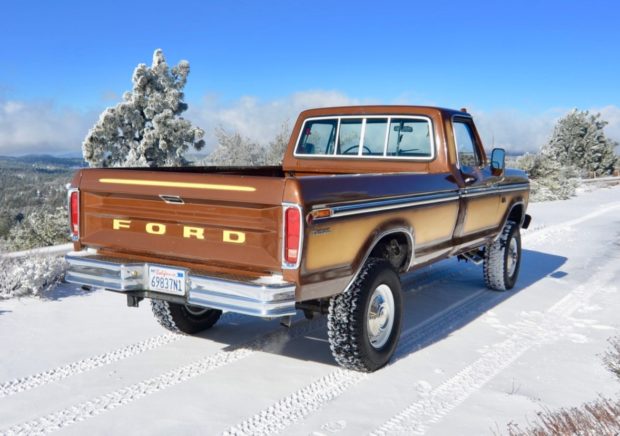 Ginger Glow paint is contrasted with vinyl graphics and bodyside moldings. Finish flaws are captured in the gallery below, along with close-up images of the body, lenses, and trim. A scratch on the left side of the bed was reportedly repaired by the previous owner. 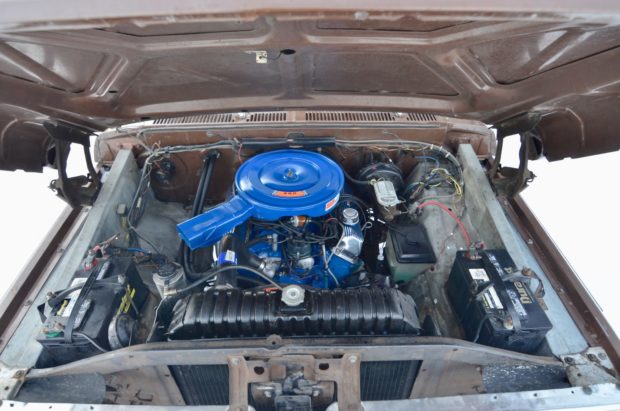 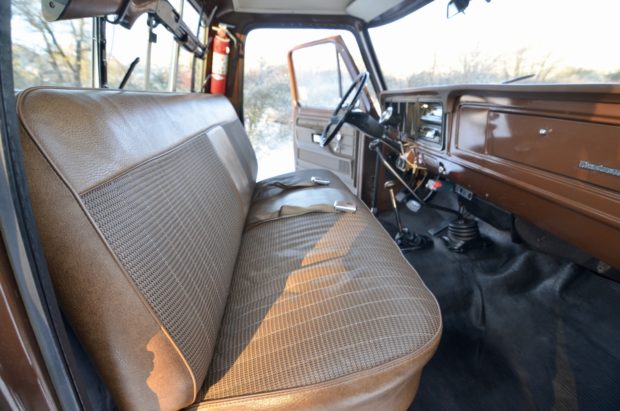 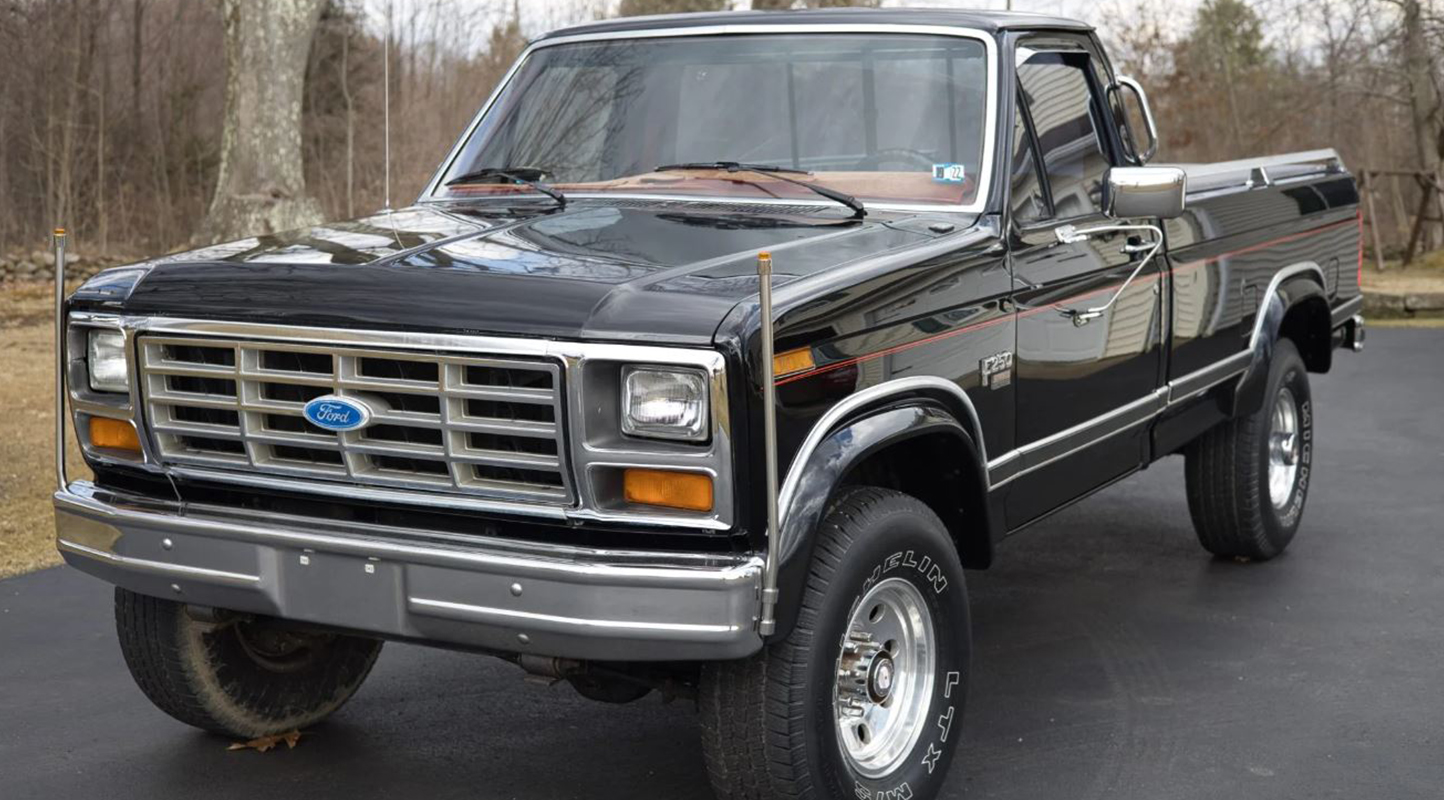 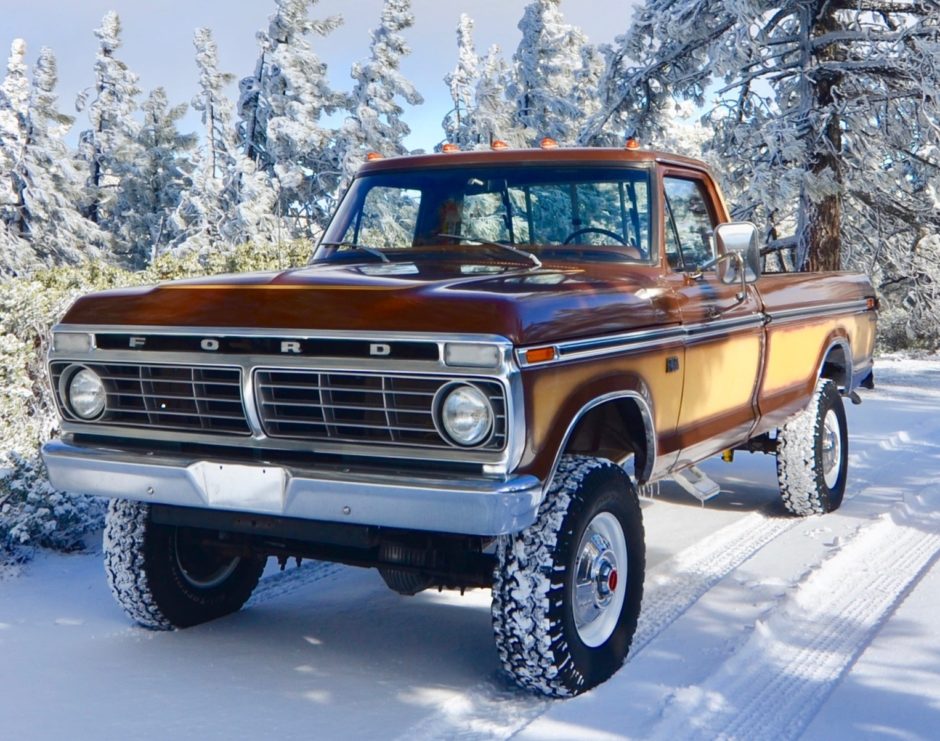 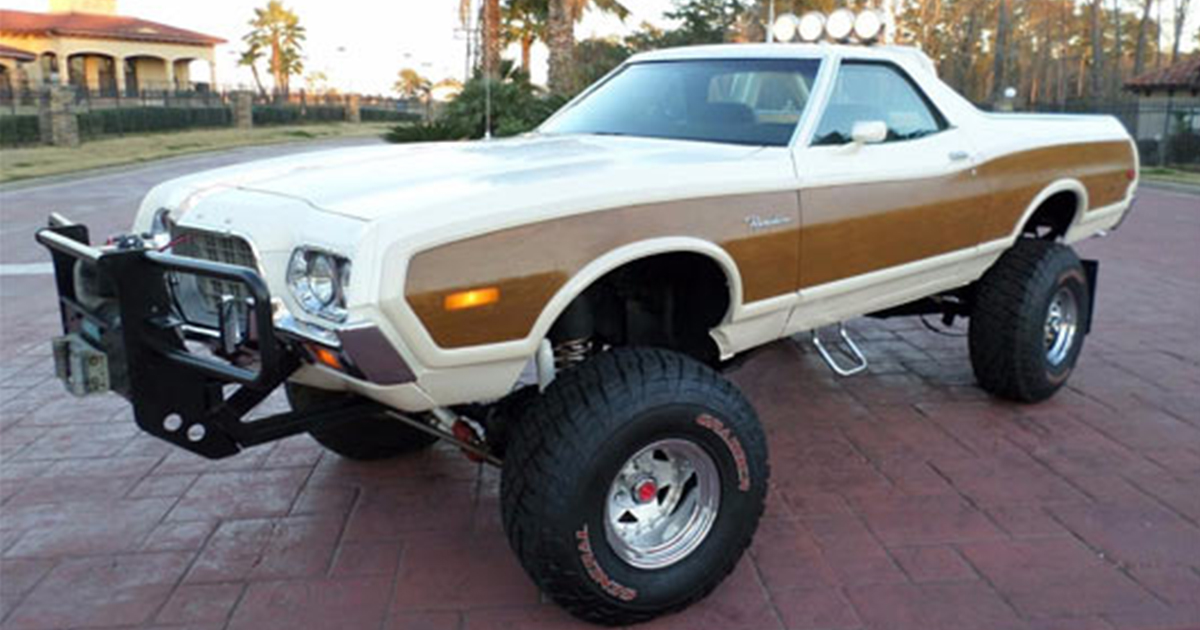 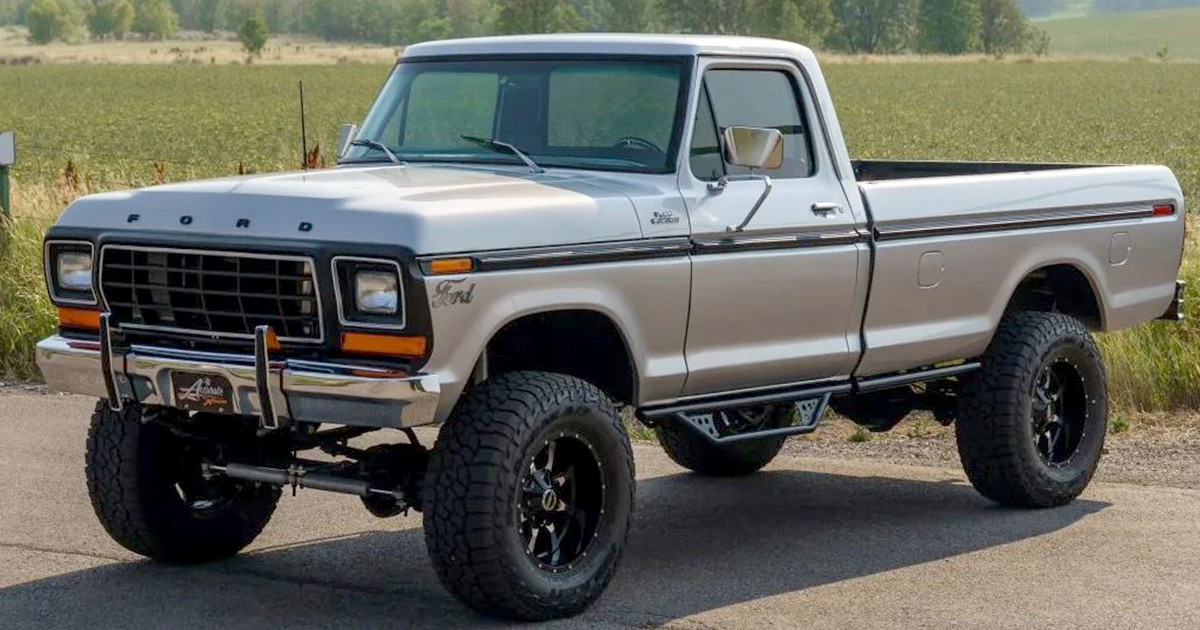