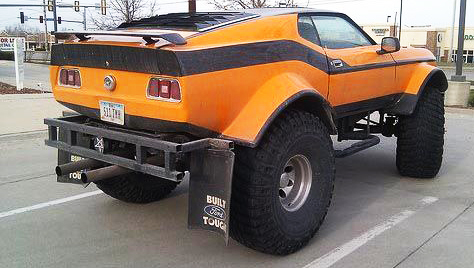 Sometimes there are creations out there that take up massive amounts of time and effort, leaving the majority of the population shaking their heads in disbelief. When these crazy creations are cars, there are often mixed feelings with enthusiasts on those that may be a little over the top. This may be one of those situations. 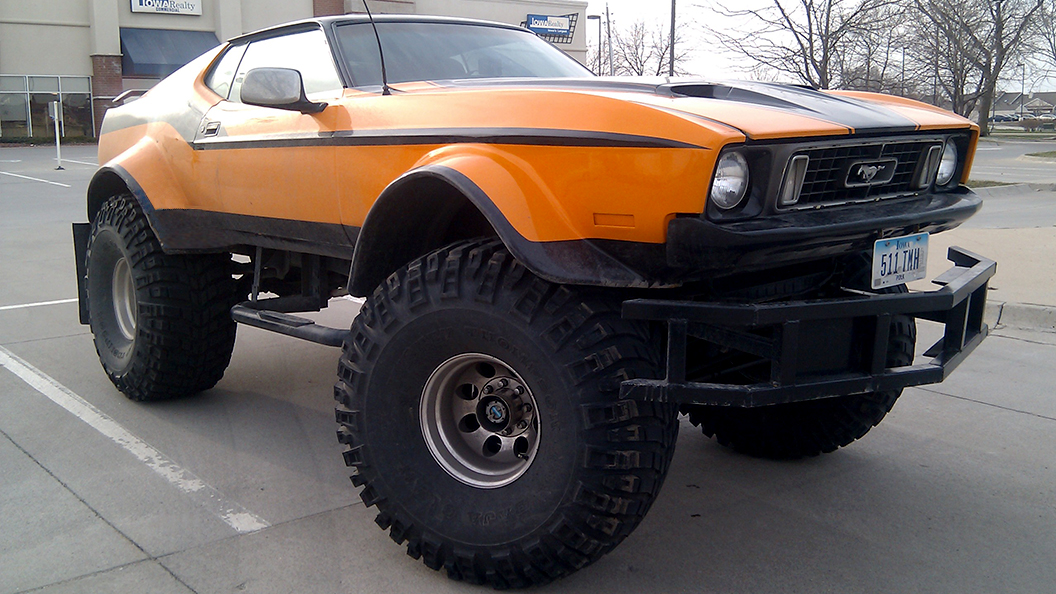 Here’s a classic Ford Mustang that is rolling around Des Moines, Iowa, with one monster stance. Even though it’s a ‘Stang, it will put a lot of jacked-up trucks to utter shame. This grabber orange will indeed grab your attention, whether that’s good or bad. A lot of work was put into this heap of metal, and it looks as if it could use a lot more. 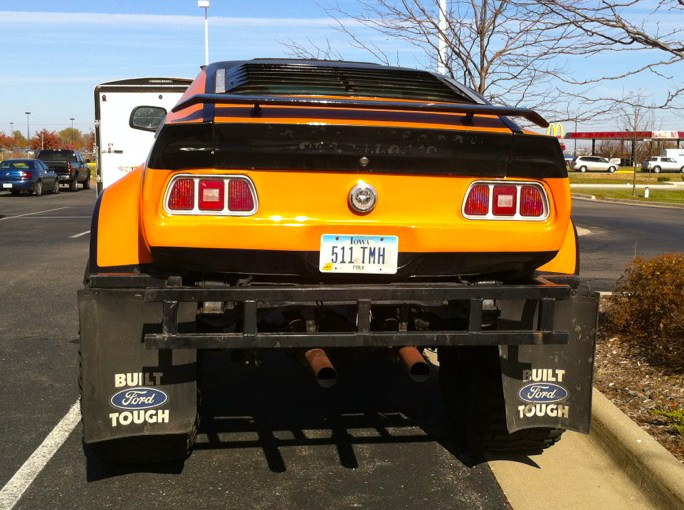 The rear bumper looks to be steel with some crazy, rusty straight pipes coming out the back that look like they could easily pass the state emissions test. It’s sporting flared wheel wells just to fit those monstrous tires underneath the body. The best mod would have to be the mud flaps that were meant for a Ford F350! How many people have mud flaps on their Mustang? 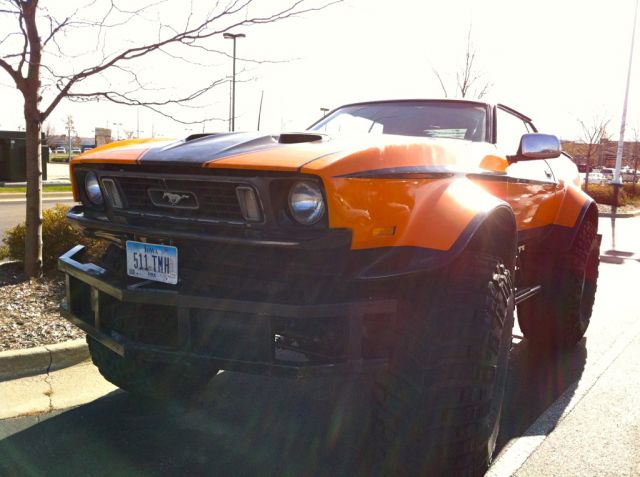 This Mustang is sure to stop those in their tracks. It’s a bit intimidating as it looms over anything that parks next to it. My guess would be that most cars stay far, far away. Your car alarm might go off with the turn of the key, and it could easily smash any innocent little Civic that parks near it.
Last edited: Mar 29, 2020