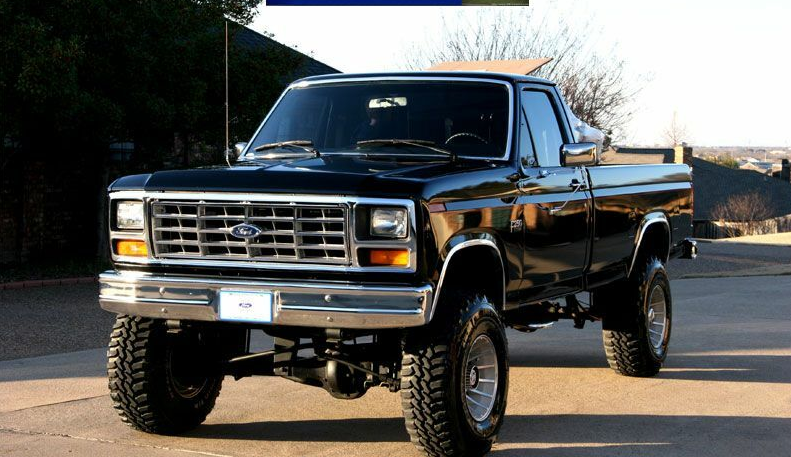 1984 Ford F-250 4x4. 460 4V, C6, BW1345 Transfer, 3:54s. 5400 Original Miles! Original Paint! Back in the GM-Classics Collection again after being shown for 5 years in a major Ford Collection. This is probably the best 7th Generation F series truck on the planet! Last of the old school carbureted non emissions trucks. This truck has been a show truck all its life started in 1984 from a perfect brand new original and kept that way. It’s nickname is Big Tow named in the shadow of the popular Big Foot truck of the same era and shown by the Ford Company as you see it for many years before there were things like SEMA, etc were popular. It was titled to Ford until 2005 when it was auctioned from Ford and the guy behind building and promoting the truck was the buyer. He sold it to me later that year with a solemn promise to keep it as a show truck, and that I have done. He said it was his duty that this truck be passed on to the proper collector to preserve it, so he got it out of the corporate hands and found a home for it. Truck has mild custom mods which include a 6” lift, 35” tires on 16.5x10 hurricane turbine wheels and mild motor work with original integrity in mind. Truck has about 450HP. Other than the obvious things, this truck is original, stored inside and has been preserved above and beyond any pickup I have ever encountered. That’s right a 1984 Ford F-250 with 5400 original miles and original paint that looks incredible! This truck was done as it is when new. Time has just stopped for it since 1984. It is a vintage 80s time capsule beyond any car collectors expectations. This truck was also taken out of the collection to be entered in the 2008 Autorama here in Texas. It holds a Best of Truck title for the show from the ISCA. This is a major car show done by the pros, not a local parking lot deal.

To understand this truck, why it is set up like it is and why its preserved as it is, you would have to know that the original caretaker of this truck was an employee at the Claycomo Missouri Ford Plant where this truck was built. He helped it go down the assembly line doing his part of the job and overseeing every inch of the progress. It is ordered pretty odd as that is the way it was intended. It is an XL as he did not what the busy chrome trim down the side of the XLT, but it has the entire XLT interior and options. Everything! The gauges with Tach, AC, PS, PB, Tilt, Cruise, PW, PDL, digital clock, the deluxe wood grain interior and chrome front grill. This is everything you could get on one of these. The truck was ordered with, HD cooling, towing package and dual tanks, 8600GVWR. I have yet to see any option this truck does not have and it’s an XL with all that! Paint on the truck was done extra careful with the best guys in the plant taking 4 times as long to do this one. The results are pretty obvious. The body is straighter than any F-Series I have ever seen. Its concourse show car stuff done by the factory of which the man behind the truck, ordered and help build it as a Ford Promotional vehicle. Photos should speak for themselves and this is the 1984 factory paint! It has some age flaws under close skeptical inspection today, but its beyond anything on an 84 truck anyone has ever seen still and I will show it as it is. It has no excuses. Its 99% ISCA show perfect! This also might be the only F-Series on earth optioned that way too. 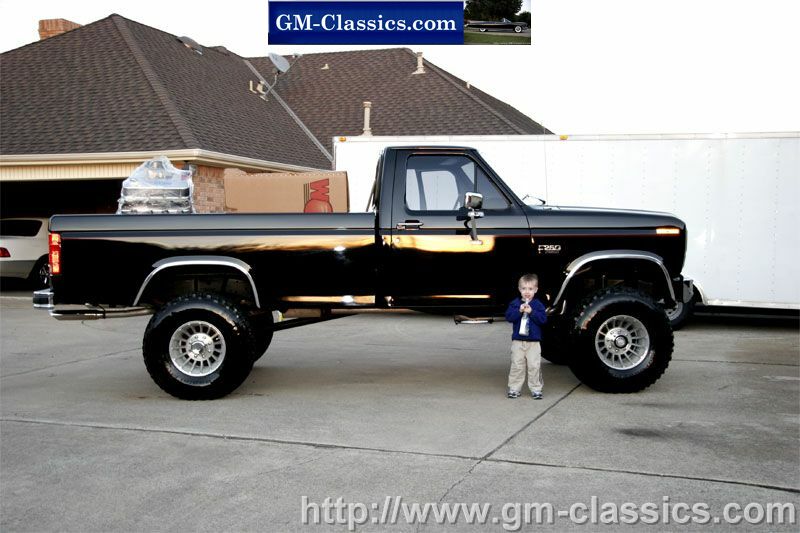 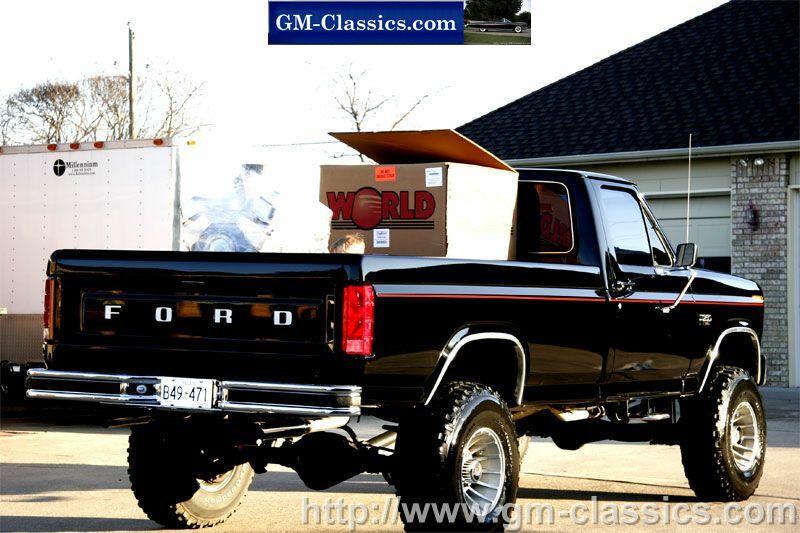 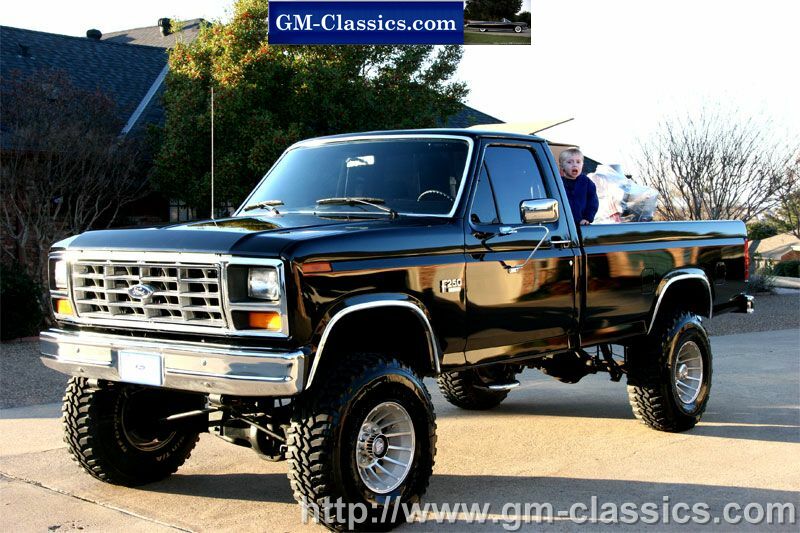 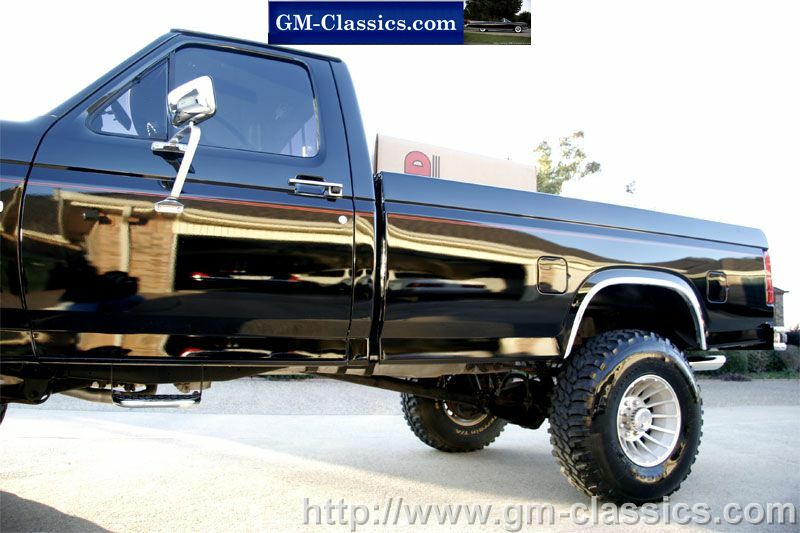 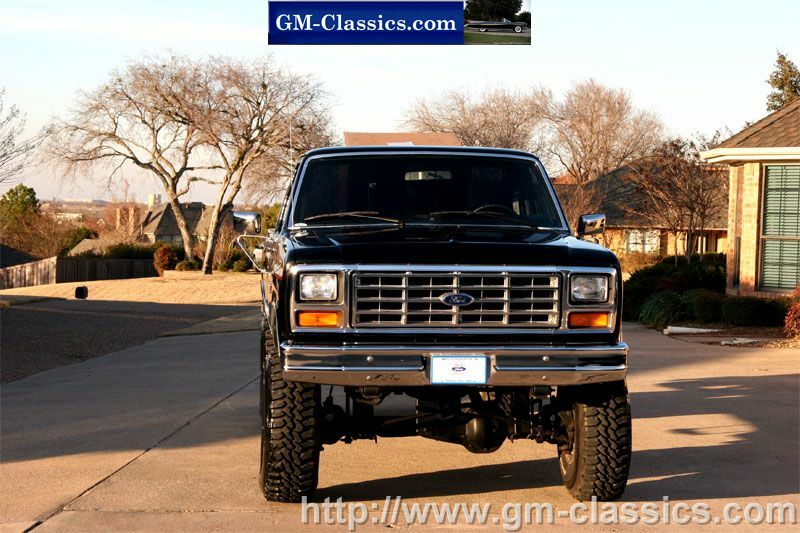 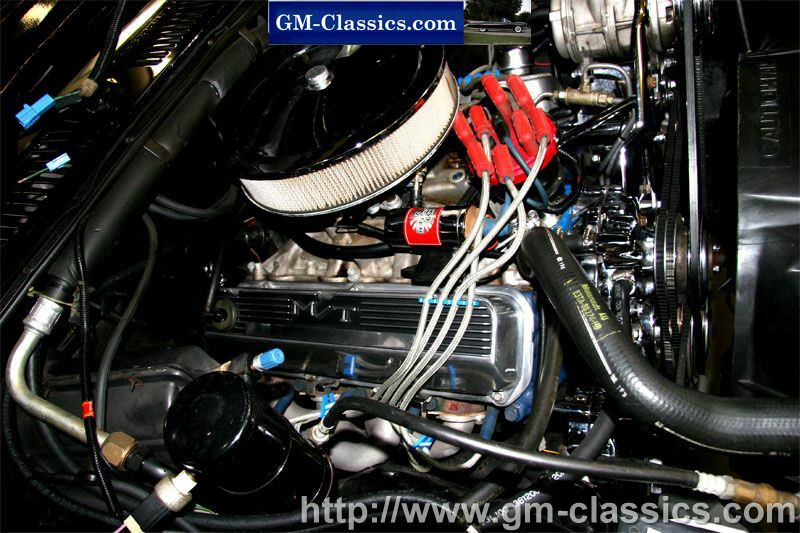 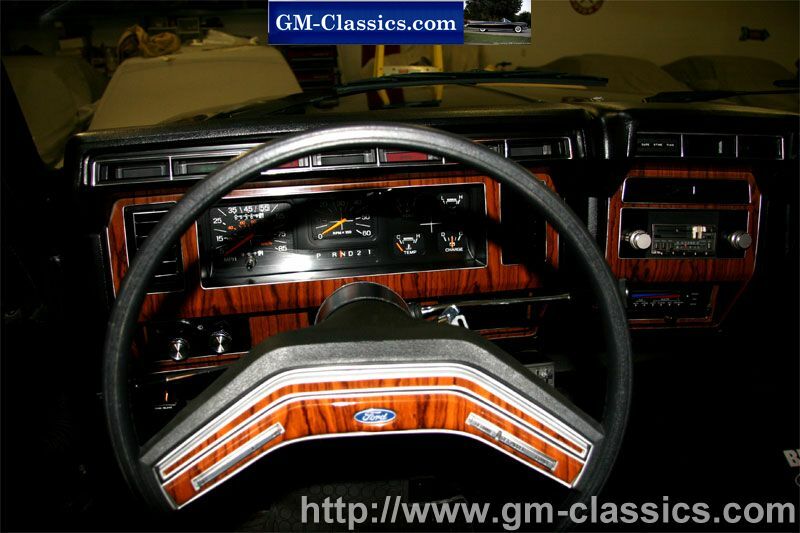 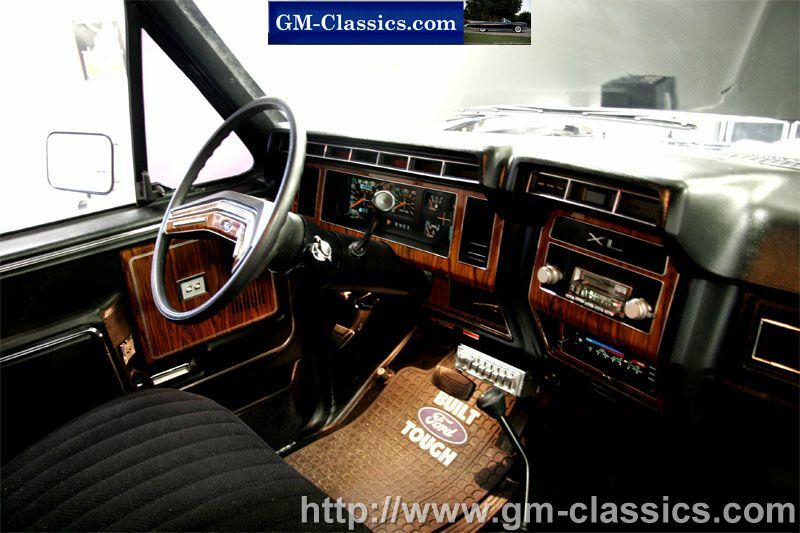 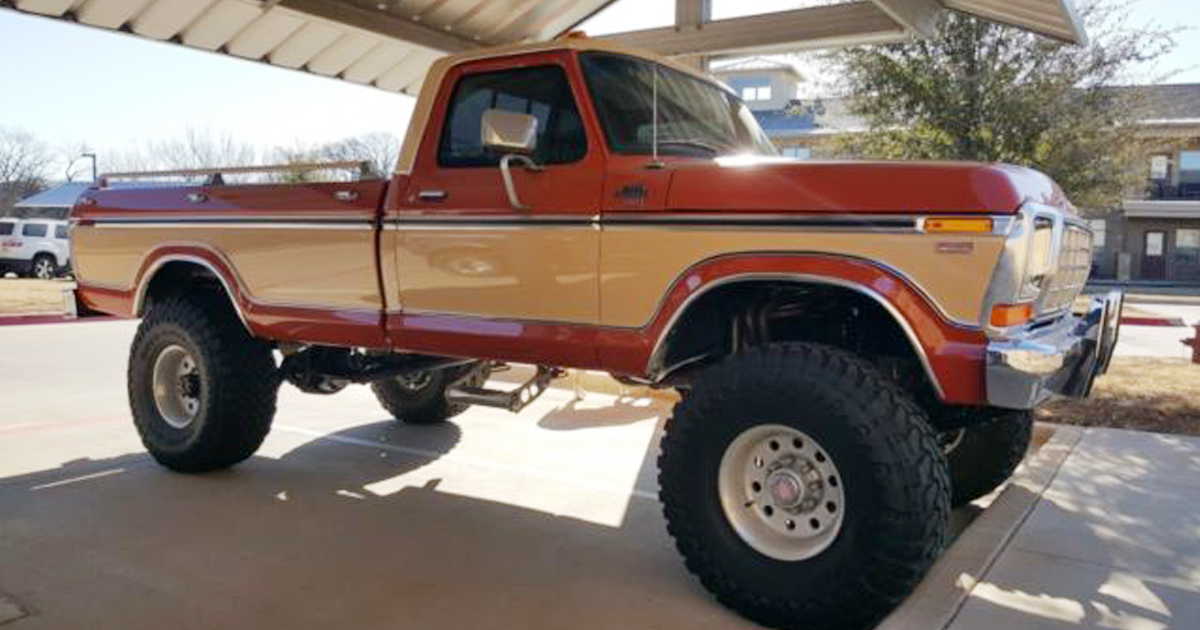 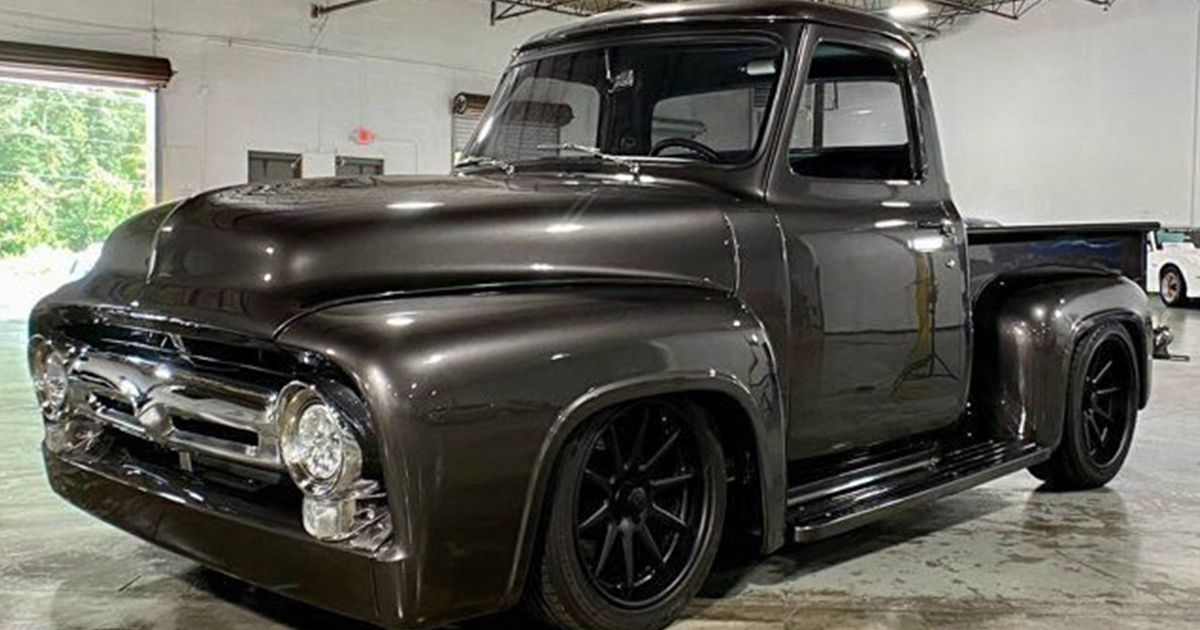 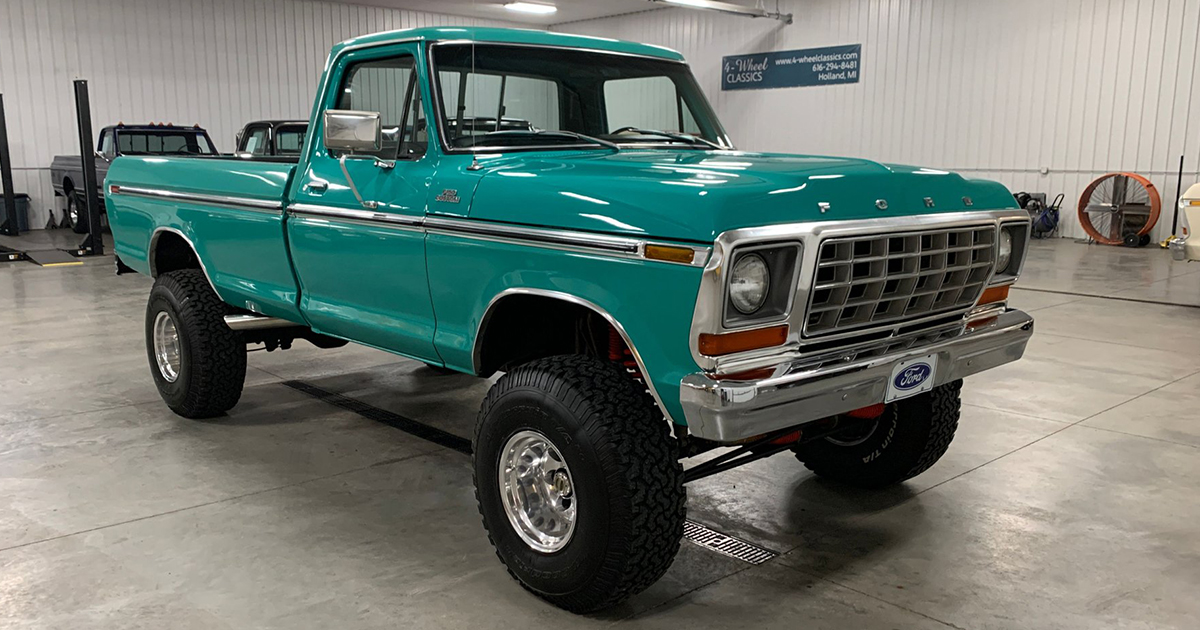 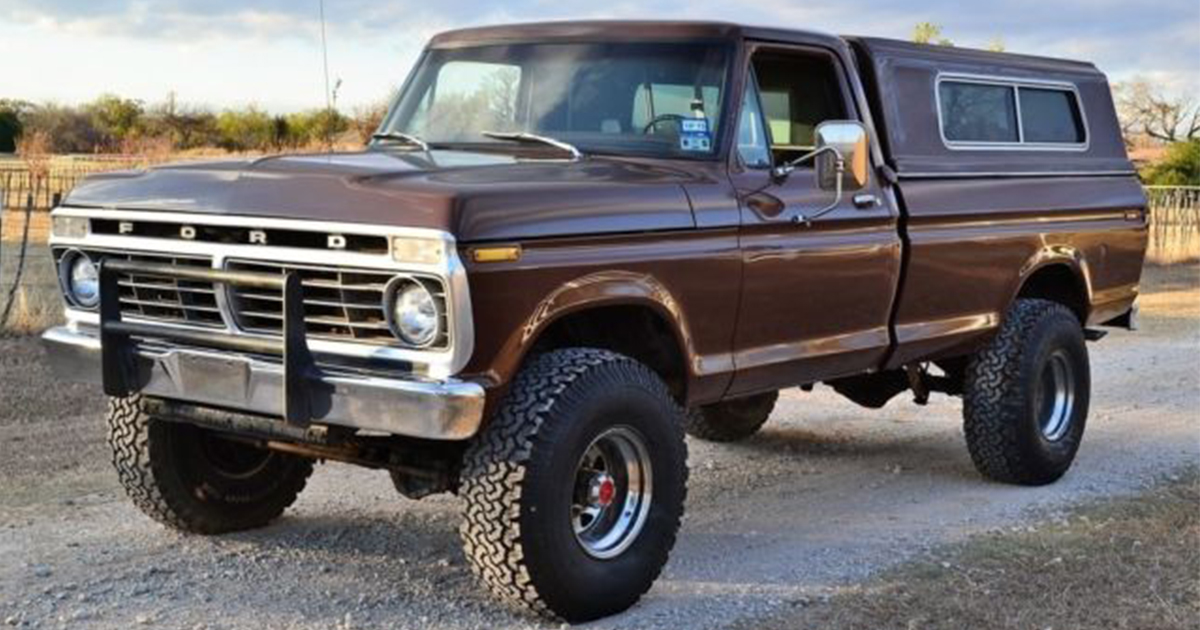